MicroPharm-PHE Ebola Partnership in the Spotlight

MicroPharm Limited is pleased to announce that its promising ovine polyclonal antibody against Ebola, developed in collaboration with Public Health England (PHE) and the University of Oxford, has been in the spotlight as an example of good practice in knowledge exchange and commercialisation.
MicroPharm supported PHE’s nomination as a “user” in the final interview for the Impact Awards run by Research Councils UK (RCUK) and PraxisUnico. PHE won in the category “Contribution to Society” at a ceremony in Central Hall Westminster, on 15th September. PHE was recognised for its outstanding knowledge exchange on the frontline - responding to the Ebola outbreak, including its partnership with MicroPharm.
MicroPharm CEO Ian Cameron was also recently invited to be part of a panel discussion on “10 x better knowledge transfer” at the UK Bioscience Forum 2015 organised by the BioIndustry Association (BIA) in London on 15th October. The panel included PHE experts Dr David Rhodes and Dr Seshadri Vasan, and Dr David Secher of Cambridge University who is also the founder of Praxis and later PraxisUnico.
Further spotlight on the MicroPharm tie-up will be at the UK Healthtech conference in Cardiff on 1st December when Dr Vasan will present in the panel discussion on “Accelerated access for new medicines and a streamlined approach to clinical development”. 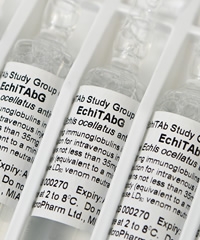